You are here: Home / Library / Documents and publications / Technical Manual for Construction Cutting Specialists in Switzerland 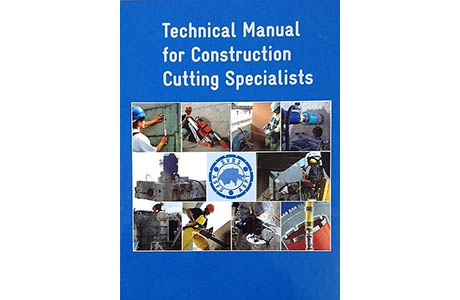 In 1993, the Swiss Association of Concrete Drilling and Cutting Enterprises (SVBS) published a textbook for concrete specialists under the title “Der Betontrennfachmann”. There followed a second edition in other languages.

The English version, now available, is based on the German version, although some chapters which focus predominately on Swiss standards have been omitted. It should also be mentioned that, amongst other items, the explanations on electrical power are described using the European power supply (3-phase mains network of 400 Volts) as an example, although this does not apply everywhere in the world.

The book received much attention from construction cutting specialists and, besides being used as teaching material for training courses, it formed the basis of the examinations for the Swiss concrete specialists’ qualification “Dipl. Betontrennfachmann”.

How to get it?