You are here: Home / Communication / News / The effect of COVID-19 on industry events 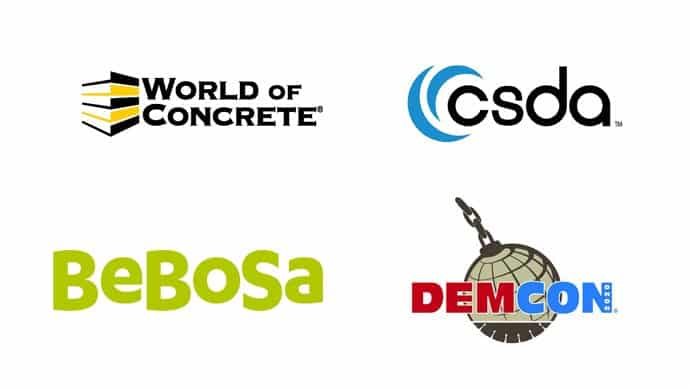 Since COVID-19 landed in our lives, everything has changed. Social distance has become the protagonist of what is known as the ‘new normality’ and, as a result, events have been significantly reduced in all sectors.

In the case of IACDS, the Annual Convention that was to be held in 2020 had to be cancelled. In addition, the association held its general assembly via videoconference. The same happened with the trade fair BEBOSA 2020, which was cancelled as a consequence of the general situation.

One of the latest cancellations announced was the CDSA Annual Convention. This had initially been postponed to March 2021, but has finally been cancelled due to the current situation.

In addition to these cancellations, many events have had to be postponed. This has been the case with World of Concrete and DEMCON. The first one will take place next June (8-10) in Las Vegas and the second one will so on September (9-10) in Stockholm.