You are here: Home / Communication / News / BRAUN and CONCRETE CORING COMPANY, winners of the Diamond Award 2019

The companies BRAUN MASCHINENFABRIK GmbH and CONCRETE CORING COMPANY were the winners of the Diamond Award 2019, in the product and job categories, respectively.

The ceremony was held on 11th of April, in the frame of the trade fair BAUMA, where the winners were formally announced and were given a recognition plate, not only to winners but also to all shortlisted companies in each of the categories of this edition: job and product.

Ms. Julie White and Mr. Michael Findeis highlighted that this edition was the most successful: more than 20 submissions were presented for the product and job categories.

Before the ceremony, the International Association of Concrete Drillers & Sawers celebrated a networking event in the same room, to promote business relations between suppliers, contractors, national associations and other professionals in the sector.

The Japanese company CONCRETE CORING COMPANY won the job award thanks to its job “Removal of the existing sidewall of narrow part”, that was carried out in Osaka and in which a cutting removal method using a wire saw or the like, which is a static dismantling method that has often been used in subway remodeling works, was employed. 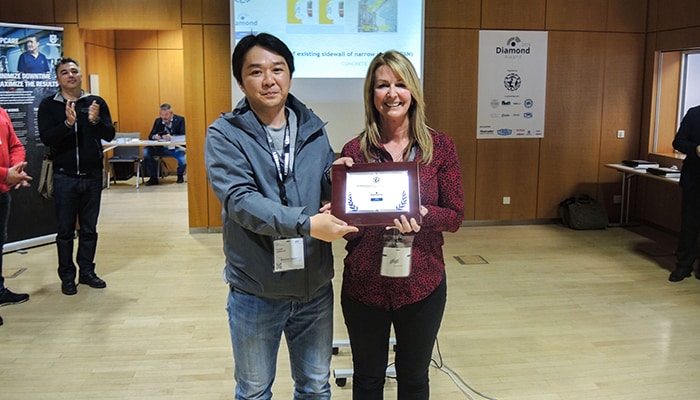 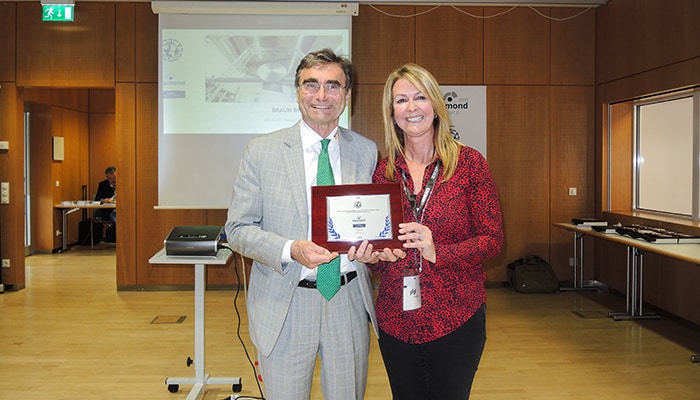 Created by the International Association of Concrete Drillers and Sawers, IACDS, the Diamond Award is an internationally recognized competition that helps to improve the visibility of the companies through their jobs and products as well as to demonstrate their professionalism.

The next edition of the Diamond Award will take place in the framework of BAUMA 2022 (April 4-10).

CONCRETE CORING COMPANY wins the award for the best job of the Diamond Award...